Tornado: In the Eye of the Storm – John Nicol

Buy a SIGNED copy of TORNADO and get a FREE Father’d Day card and bookmark!*

Former Tornado Navigator John Nichol tells the incredible story of the RAF Tornado force during the First Gulf War in 1991; the excitement and the danger, the fear and the losses. It is an extraordinary account of courage and fortitude.

‘We were doing about 620 miles-per-hour, 200 feet above the desert, in total darkness. Everything was running on rails as we approached the target. Then all hell broke loose. I remember the missile being fired at us; I broke left and shouted, “Chaff!”

‘All I could see was a flame, like a very large firework, coming towards me. Then there was a huge white flash. I remember an enormous wind and then I was knocked unconscious. My last thoughts were that I was going to die.’

In 1990, Iraqi dictator Saddam Hussein ordered the invasion and occupation of neighbouring Kuwait, setting in motion a chain of events that had unimaginable political, military and personal repercussions, which still reverberate around the globe today.

This is the story of the aircrew at the heart of Operation Desert Storm, almost none of whom had any prior experience of armed combat. It is the story of the Tornado’s missions, of those who did not return – and of the families who watched and waited as one of the most complex conflicts in recent history unfolded live on television. It is a story of untold fear and suffering, and astounding courage in the face of hitherto unimaginable adversity. 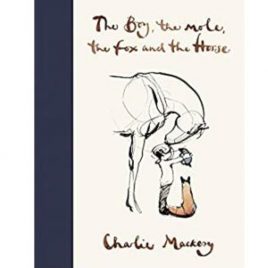 The Boy, the mole, the fox and the horse

A book of hope for uncertain times. Enter the world of Charlie's four unlikely friends, discover their story and their most important life lessons. The boy, the mole, the fox and the horse have been shared millions of times online - perhaps you've seen them? They've also been recreated by children in schools and hung on hospital walls. They sometimes even appear on lamp posts and on cafe and bookshop windows. Perhaps you saw the boy and mole on the Comic Relief T-shirt, Love Wins? Here, you will find them together in this book of Charlie's most-loved drawings, adventuring into the Wild and exploring the thoughts and feelings that unite us all.
£16.99 Add to basket 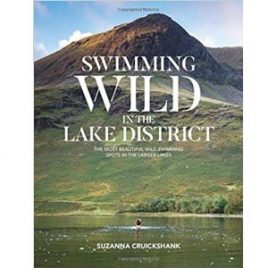 Swimming Wild in the Lake District

Swimming Wild in the Lake District by Suzanna Cruickshank is an informative and inspiring book for both new and experienced wild swimmers, exploring the larger lakes in the beautiful Lake District National Park. The book explores secluded wild swimming locations in the tourist hotspots of Windermere and Derwent Water and takes you to the tranquil hidden gems of Bassenthwaite, Crummock Water and Devoke Water, with the emphasis on taking time to enjoy the stunning surroundings. Imagine yourself gliding through clear, still water, surrounded by rugged fells, with only the sound of birdsong to accompany you. The book is full of useful tips for both new and experienced wild swimmers; it contains sections on getting started in wild swimming, how to look after your own safety and impartial advice on all the essential kit you ll need, as well as what you don t need. Illustrated with stunning photography, and featuring overview maps, the book has all the practical information you need to plan your wild swimming adventure, including access to the lakes by car or public transport where possible, thorough information about the best wild swimming locations on all the featured lakes and details of the best pubs and cafes for a much-needed post-swim drink or meal.
£17.99 Add to basket 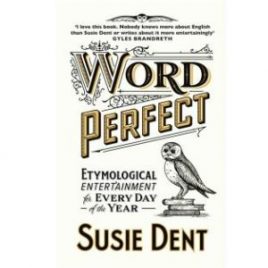 Welcome to a year of wonder with Susie Dent, lexicographer, logophile, and longtime queen of Countdown's Dictionary Corner. From the real Jack the Lad to the theatrically literal story behind stealing someone's thunder, from tartle (forgetting someone's name at the very moment you need it) to snaccident (the unintentional eating of an entire packet of biscuits), WORD PERFECT is a brilliant linguistic almanac full of unforgettable stories, fascinating facts, and surprising etymologies tied to every day of the year. You'll never be lost for words again.
£14.99 Add to basket 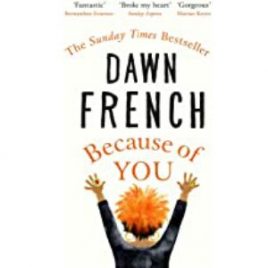 ck-tock, tick-tock, tick-tock . . . midnight. The old millennium turns into the new. In the same hospital, two very different women give birth to two very similar daughters. Hope leaves with a beautiful baby girl. Anna leaves with empty arms. Seventeen years later, the gods who keep watch over broken-hearted mothers wreak mighty revenge, and the truth starts rolling, terrible and deep, toward them all. The power of mother-love will be tested to its limits. Perhaps beyond . . . Because Of You is Dawn French's stunning new novel, told with her signature humour, warmth and so much love.
£20.00 Add to basket