Athens, 1941. Nazi forces occupy Greece … and a nation falls apart. Victoria Hislop’s NEW Sunday Times Number One bestseller takes you into the darker days of Greek history and, through the eyes of its extraordinary heroine, illuminates the courage it takes to live in peace.

After decades of political uncertainty, Greece is polarised between Right- and Left-wing views when the Germans invade.

Fifteen-year-old Themis comes from a family divided by these political differences. The Nazi occupation deepens the fault-lines between those she loves just as it reduces Greece to destitution. She watches friends die in the ensuing famine and is moved to commit acts of resistance.

In the civil war that follows the end of the occupation, Themis joins the Communist army, where she experiences the extremes of love and hatred and the paradoxes presented by a war in which Greek fights Greek. 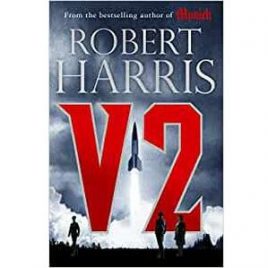 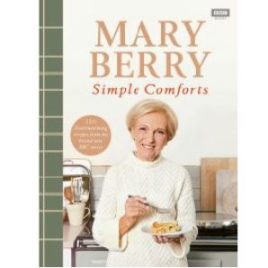 In this brand new tie-in to a new BBC Two series, Mary Berry shares over 120 of her ultimate food recipes, all made simply and guaranteed to get smiles around your kitchen table. Mary's utterly reliable recipes are perfect for days when you want tasty and dependable food. Come home to the delicious simplicity of a Whole Roasted Squash with Garlic and Chilli Butter, or a warming Spicy Sausage and Red Pepper Hot Pot. Treat your family to Slow Roast French Lamb with Ratatouille, and spoil everyone with a decadent Frangipane Apple and Brioche Pudding. Featuring all the recipes from Mary's new series, plus many more fresh from Mary's kitchen, every single dish is accompanied by a photography of the finished food, so you know exactly what you're making. Each recipe includes Mary's trademark no-nonsense tips and techniques for getting ahead, and has been rigorously tested to make your cooking stress-free.
£26.00 Add to basket