SHORTLISTED FOR THE BOOKER PRIZE 2021

A soaring, breathtakingly ambitious novel that weaves together the astonishing lives of a 1950s vanished female aviator and the modern-day Hollywood actress who plays her on screen. For fans of TAYLOR JENKINS REID, WILLIAM BOYD and ANN PATCHETT
—————
_______________________
I WAS BORN TO BE A WANDERER

From the night she is rescued as a baby out of the flames of a sinking ship; to the day she joins a pair of daredevil pilots looping and diving over the rugged forests of her childhood, to the thrill of flying Spitfires during the war, the life of Marian Graves has always been marked by a lust for freedom and danger.

In 1950, she embarks on the great circle flight, circumnavigating the globe. It is Marian’s life dream and her final journey, before she disappears without a trace.

Half a century later, Hadley Baxter, a scandal-ridden Hollywood actress whose own parents perished in a plane crash is irresistibly drawn to play Marian Graves, a role that will lead her to probe the true mystery behind the vanished pilot. 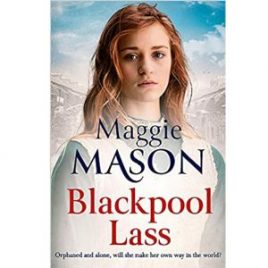 Orphaned and destitute, will Grace find her own way in the world? When Grace's Ma passes away and her Da's ship sinks with all hands, Grace is utterly alone in the world. She's sent to an orphanage in Blackpool, but the master has an eye for a pretty young lass. Grace won't be his victim, so she runs, destitute, into the night. In Blackpool, she finds a home with the kindly Sheila and Peggy - and meets a lovely airman. But it's 1938, and war is on the horizon. Will Grace ever find the happiness and home she deserves?
£8.99 Add to basket 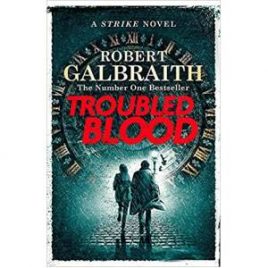 A breathtaking, labyrinthine epic, Troubled Blood is the fifth Strike and Robin novel and the most gripping and satisfying yet. Private Detective Cormoran Strike is visiting his family in Cornwall when he is approached by a woman asking for help finding her mother, Margot Bamborough - who went missing in mysterious circumstances in 1974. Strike has never tackled a cold case before, let alone one forty years old. But despite the slim chance of success, he is intrigued and takes it on; adding to the long list of cases that he and his partner in the agency, Robin Ellacott, are currently working on. And Robin herself is also juggling a messy divorce and unwanted male attention, as well as battling her own feelings about Strike. As Strike and Robin investigate Margot's disappearance, they come up against a fiendishly complex case with leads that include tarot cards, a psychopathic serial killer and witnesses who cannot all be trusted. And they learn that even cases decades old can prove to be deadly . . .
£20.00 Add to basket 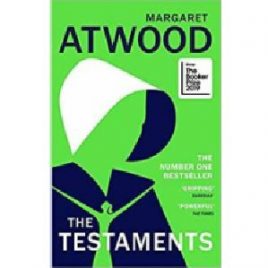